How can a more inclusive leadership style increase diversity in our audiences?
6 October 2016 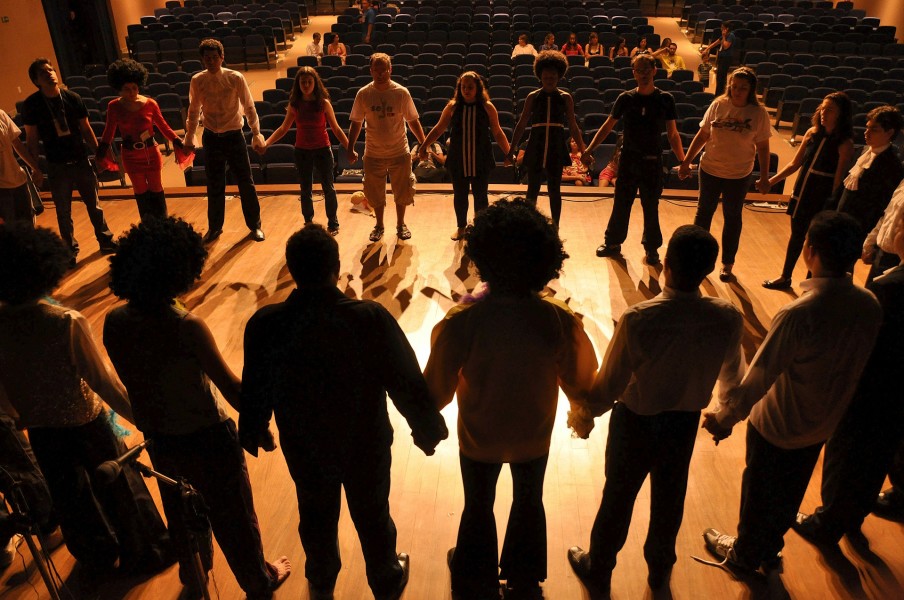 I’m on the train back home, leaving a glorious sunset over Doncaster’s Cast behind me. Cast was the venue for this year’s Creative People and Places (CPP) conference and that and the sunset prompt me to make an uncharacteristically optimistic prediction of a more inclusive future.

Everyone involved in CPP is part of an experiment in promoting a more democratic culture. And they are not alone. The Audience Agency’s recent research suggests that changes in leadership behaviour can drive richer, more multi-dimensional relationships with increasingly diverse audiences in the widest sense.

It’s hard not to feel gloomy about the arts being less popular than the European Union. But we should take heart as according toAudience Finder, over one third of English households engage with the publicly funded arts. In other words, more people engage with the work we produce than voted for the current government.

It may be true that only 8% of the population are super-users of the arts, but super-users are inevitably a minority in any group. While we need to be very mindful indeed about the unacceptable inequities in cultural engagement, we also need to be wary of ineffectual hand-wringing over negative statistics. Our research with cultural leaders suggests that we can do something to increase levels of engagement and inclusion.

The research describes how for many practitioners, an inclusive, audience-focused leadership style is making a difference. In many cases, it is linked to tangible increases in the social, creative and financial value of their organisations.

Through a series of workshops and interviews involving over 50 leaders, our From Them To Us programme has explored the role of leadership in creating more diverse audiences. We interviewed a sample of leaders known for their audience focus, and found a broad consensus among them that there is a new wave of cultural practitioners who lead in a distinctly inclusive way.

Unlike earlier generations, inclusive leaders don’t fear criticism of their creative credentials as a result of an out-and-proud commitment to access and audiences. For them it is a virtuous circle – dialogue and diversity beget inspiration and relevance which beget great art.

Nearly everyone we interviewed was on a mission, not just to create transformative cultural experiences but to drive change in their community and champion social justice. Strong personal values and a sense of social purpose shape their leadership approach, typified by some distinctive characteristics. Here are three.

First, inclusive leaders ask a lot of questions and have developed a knack for listening to a multiplicity of voices with respect and curiosity. They invite views from a wide range of people inside and outside their organisation, and seem able to absorb divergent opinions without being knocked off course. They treat their beliefs as temporary and in fact set a course in the expectation of it changing.

Many have developed their own special process for giving equal space to different voices. Karen Eslea, Head of Learning and Visitor Experience at Turner Contemporary, and her colleagues use what they call a ‘hands on philosophy’ to consult staff, artists, regular audiences and the local community. All participants are asked the same question and given space to answer in their own way. As a process, it brings alive their values perfectly.

Alongside openness to the ideas of others, inclusive leaders are hungry for hard evidence. They welcome challenges to their assumptions, and are happy to test out whether anecdotal insight stands up to quantitative scrutiny. It’s the opposite of relying on your taxi driver as a measure of public opinion.

As the New Wolsey’s Sarah Holmes told me:

"You’ve got to respect the data, not fear it."

There’s a difference, she says, between using data to make a case, and being open to changing the way you do things as a result of what it says.

Second, inclusive leaders see themselves as leaders in their wider community, often investing generously in their ‘place’. They are expert collaborators, but beyond this they drive and shape regeneration projects, cross-sectoral initiatives and local policy-making, as well as support emerging organisations and leaders.

Lastly, perhaps most importantly, inclusive leaders learn to give power to others. This is the most radical aspect of their approach, and the one that interviewees found the most challenging but most rewarding and effective. Giving up power is not the same as giving up responsibility, and most had to learn how to lead and support from the back.

York Theatre Royal’s Juliet Forster tells the story of the first, pioneering young people’s Take Over festival. Putting inexperienced young people in positions of responsibility without the right support was like leaving someone to teach themselves to drive. She said:

"We had to learn how to be expert driving instructors."

It’s lessons like these that CPP practitioners are learning fast and furiously. CPP is proving that local involvement works when it comes to engaging more diverse audiences, and it comes with the territory that CPP leaders are being hot-housed in inclusive leadership. They are part of the sea change in leadership style.