How a Creative People and Places participant combined Audience Finder and Audience Spectrum insights to build an audience representative of its local population.

East Durham Creates is part of the Creative People and Places action research programme, which takes place in areas where evidence shows that people are less involved in arts and cultural activities than elsewhere in England. Creative People and Places is “about more people taking the lead in choosing, creating and taking part in brilliant art experiences in the places where they live.” From 2014-2016, the East Durham Creates team combined Audience Finder profiling and Audience Spectrum insights to successfully engage a vast audience that was both typically under-served by arts and culture and strikingly representative of the local community.

As part of the Creative, People and Places programme, East Durham Creates aims to increase opportunities for residents of East Durham to get creative and involved in arts and culture. In order to plan for and achieve this goal, the organisation needed to gauge both which communities it should be working with and its subsequent degree of success in engaging them. East Durham Creates decided to use Audience Finder profiling as the starting point for all of its project plans, interweaving segment-specific insights throughout the process to target and measure its audience development goals.

Audience Finder reports from 2014 revealed that 73% of people in East Durham belonged to the four 'lowest culturally engaged' Audience Spectrum segments. East Durham Creates therefore decided to focus on engaging a single group, such as Facebook Families, for each unique project. The project team was able to combine detailed Audience Spectrum segmentation profiling with its own expert knowledge of East Durham Audiences to ascertain key information, such as what typical types of art activity they take part in, what their overriding cultural interests may be, their travel and attendance habits and what forms of communication they tend to respond to best. By incorporating the Audience Spectrum suggestions of how to connect with Facebook Families into their consultation process with the local community, the project managers were able to ask residents first-hand the simple but essential question: “we need to engage families, how do you think we can best do this?”

The team used the Audience Finder mapping tool to decide where to host events, selecting venues according to the area’s population concentration of the target Audience Spectrum group. By homing in on postcode areas with the highest percentage of their target audience, East Durham Creates was able to research potential local partner organisations in the area, particularly what schools or community centres operated there. The approach gave them a strong understanding of where projects and events could be run in order to take the art to the heart of the Facebook Family community in East Durham and engage the greatest possible number of low culturally engaged audiences in its activities.

In the spring half term of 2016, East Durham Creates invited local families to explore the beautiful coastal surroundings of Crimdon Dene through a free pirate-themed arts activity trail. A specially assembled Community Panel had recommended Crimdon Dene as a focal point for families in the area and helped to inform the nature of the commission by advising on the kinds of activities they might enjoy, including performances, story-telling and food stalls.

Focussing on the Facebook Families Audience Spectrum segment, the East Durham Creates team was able to combine its own understanding of this target audience, garnered from previous projects, with Audience Finder insights to develop the operational and programming strategies for the event, including:

Tailored communication in the lead up to the event was focussed on the East Durham Creates Facebook page, recommended by the Audience Spectrum profiles as the platform that Facebook Families use most frequently to find out about events. The project’s social media plan was full of fun and vibrant posts, including an 'Artist of the Day' feature to promote the activities that would be at the event and a family Facebook competition encouraged participation to win pirate themed goodies.

Pirates of Crimdon Dene proved an excellent example of East Durham Creates’ extraordinary success as part of the Creative People and Places project. The Facebook Families tailored communications plan successfully attracted over 2,500 attenders. Half of those surveyed initially heard about the event via social media and 76% came to the event with children.

"We were totally overwhelmed by the turn out. It’s amazing to breathe new life back into a beautiful, under-used outdoor space. It’s nothing less than East Durham deserves."

More broadly, between 2014 and 2016, East Durham Creates used yearly Audience Profile and Mapping Reports to track where participants were coming from across all of the Creative People and Places funded events. The results showed East Durham Creates audiences not only to be remarkably representative of the region’s typically low culturally engaged population, but also a steady increase in overall visitor numbers, particularly concentrated around areas in which events were held.

East Durham Creates' projects are continuing to thrive. Read more about their extraordinary work in the community!

"The Audience Finder and Audience Spectrum tool is a great way of tracking the audiences that you engage with. It gives you a clear sense of whether you're reaching people that are in the 'lowest engagement' categories or not. It helps us see what audiences we're stronger at engaging with, and which ones we need to work with more. Audience Spectrum is also a good tool for getting tips and advice on how to engage generally with this segment." 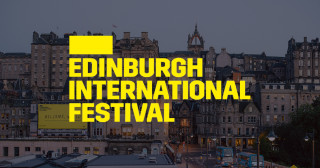 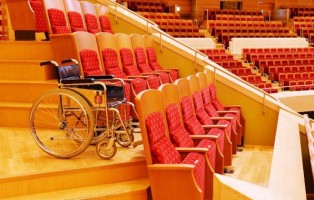