A crucial and resoundingly positive impact evaluation of the festival that lit up London's streets during the cold January days of 2016 and 2018. 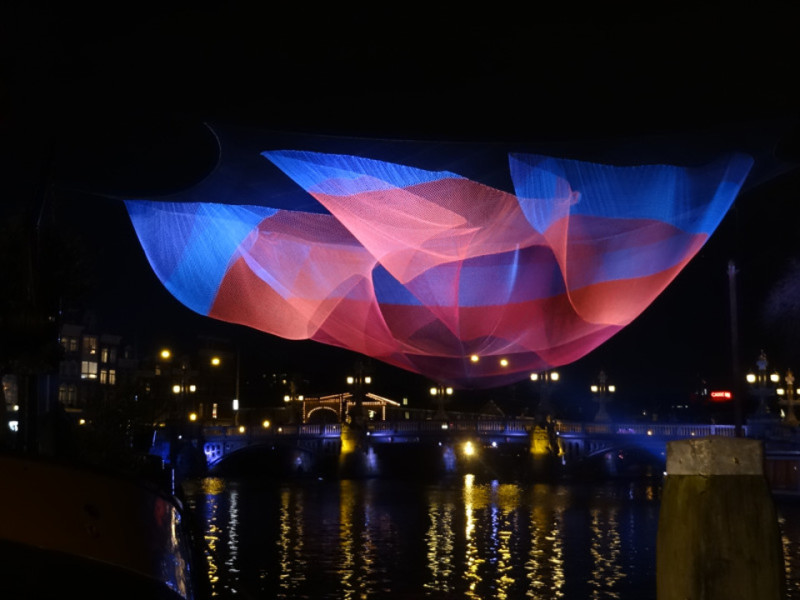 As an ambitious and world-class light festival, Lumiere London (2106, 2018) attracted droves of visitors, both from the capital itself and significantly further afield. Focused on a range of ‘destinations’ in London - from King’s Cross, through Fitzrovia, Mayfair and London’s West End and, in addition in 2018, Trafalgar Square, Westminster, Victoria, South Bank and Waterloo - Lumiere encouraged people to explore and engage with different parts of the city. Crucially, it has had a demonstrable economic impact for London and integrated community engagement projects that persist beyond the festival itself.

The Audience Agency was commissioned for both the 2016 and 2018 editions of Lumiere London to deliver an impact study for the festival. The purpose was to provide evidence of its reach and economic impact, and to gauge the response to the work from participants, communities and visitors. We used an extensive mixed quantitative methodology, combining face-to-face and e-survey data collection, along with providing a much needed estimate of audience size and scope.

The Audience Agency has worked across London evaluating a range of outdoor arts events - from one-off projects like Showtime, which ran across outer London Boroughs in 2012, to various annual festivals and events. We bring a robust methodology for capturing a representative sample of audiences and a crucial understanding of the dynamics and flows of outdoor audiences at free events. We also use a well established economic impact toolkit, which aligns with those used by the Greater London Authority and London and Partners, so the findings can be understood in the wider context of large scale London events.

The evaluation needed to be wide-ranging in order to:

Understanding the degree of the festival's success in attracting international visitors was particularly significant in the context of the Mayor of London’s 2018 ‘London is Open’ campaign .

The festival's participative element grew across the two years, with the numbers of community groups and supporting artists involved from around London reaching impressive levels by 2018, contributing to:

The Audience agency combined ongoing participant feedback with a significant on street face-to-face surveying presence and a follow-up e-survey to the Lumiere London e-mailing list. This enabled us to capture a robust sample size of both depth and breadth. Data was also augmented in 2018 by analytics from social media and the featured area on the Visit London App for Lumiere London.

For assessing economic impact - particularly focusing on those who visited London specifically for the event and so brought additional spend into the capital - the size of the sample is crucial. Implementing our tried and tested technique for estimating audience sizes and proportions was no mean feat across multiple sites in a city the size of London.

The impact study was able to tell a really positive story about where and how Lumiere London was effective - both for the city as a whole and for the specific destinations that hosted installations. It also showed an encouraging development in audience diversity and interest between 2016 and 2018.

Most importantly, the study provided evidence of Lumiere London’s tangible impacts for London and its positive contribution to the capital’s cultural offer in terms of how the city showcases its attractions. Results showed that the festival's ability to encourage people to feel differently about and express a likelihood to visit London again actually increased from 2016 to 2018.

From The Audience Agency's own perspective, we now have no fear of tackling such large scale projects and being confident that we can investigate and report on the impacts that really matter to commissioners, communities and places alike.

Since working on Lumiere London and refining our techniques, we have gone on to evaluate other large scale events in partnership with Artichoke, including Processions, and are currently working with them and the team on the ground to evaluate Galway 2020 European Capital of Culture.

"We have worked with The Audience Agency on a number of projects now. Each time they have responded to the brief and brought their combined expertise to deliver an insightful and constructive evaluation of our events to tell a story of change."