Talawa Theatre Company is the UK's primary Black led theatre company. They typically tour on the mid-scale once a year alongside a full programme of artist development activity. Marketing and Communications Manager, Sanjit Chudha tells us about how the insights from Show Stats have been helping him and his team in their audience development work.

We registered with Show Stats shortly after launch in Spring 2016. As a touring company, our main driver was to understand our audiences, probe regional differences and also demonstrate the broad appeal of our work. We also wanted to see which audience segments were growing, and use this information to adapt our audience development activity.

Who in your organisation looks at the insights?

I’m the primary user. I tend to look at Show Stats straight after a show has closed. For example in 2016, I looked at it after King Lear closed at the Birmingham Rep and again after the close of Girls at Soho Theatre.

How do you use the insights from Show Stats?

For us, there are three main considerations:

Over time, we’re also interested in looking at the changes in how our audience grows and varies production by production.

Have you discovered anything surprising about your audiences from the insight?

We’ve discovered several things. Our gut feeling has always been that our work has incredibly broad appeal. Having confirmation that our audiences are drawn from across the communities we visit is great.

We’ve also discovered subtle points of difference. With King Lear, we maintained the type of audience the Birmingham Rep typically gets, but we also grew attendance in some key segments. As an example, for King Lear the Kaleidoscope Creativity, Experience Seekers and Metroculturals segments all registered in higher proportions to the norm. The ‘event’ nature of the production along with seeing identity reflected on stage so powerfully was clearly a draw.

Alongside King Lear at the Royal Exchange Theatre, Manchester (also our co-producing partners on King Lear) we had an extensive participation programme, everything from response pieces in the foyer to high quality Q&As - the Mother’s Day Q&A with Don Warrington was particularly well attended. We are now co-producing with RET over the next four years and also partnering with them on MAKE, our Artist Development programme.

Do you have any tips for other organisations which may be new to using data and insights?

Try it, play with the data. There isn’t anything there you can break. From the point of view of a touring organisation like ours, this is a really great opportunity to identify which audience segments are really engaging with our work, where the opportunity for growth is, and therefore which partners we want to engage with to make work and develop audiences. Show Stats is incredibly empowering, and gives us insights without hours of data crunching. 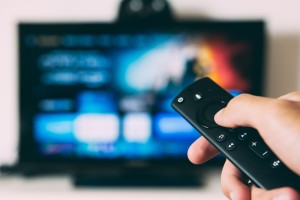 COVID-19 | How to be a Culture Potato

As many of us strive to do our civic duty by sitting on the couch, the creative industries have stepped up to save us, offering a myriad of amazing, free online opportunities to keep engaging with arts, culture and heritage from home. 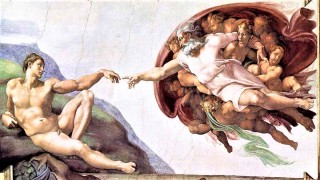