In the Winter 2021 wave of the Cultural Participation Monitor, we asked respondents about their willingness to continue paying to for online arts content in the future.

For online audiences, the most favoured future payment method was ‘make a donation or pay-what-you-like contribution’, followed by ‘pay a fixed price for access’. The least favoured was ‘take up a paid-for subscription for this sort of content’.

Willingness to pay by activity type 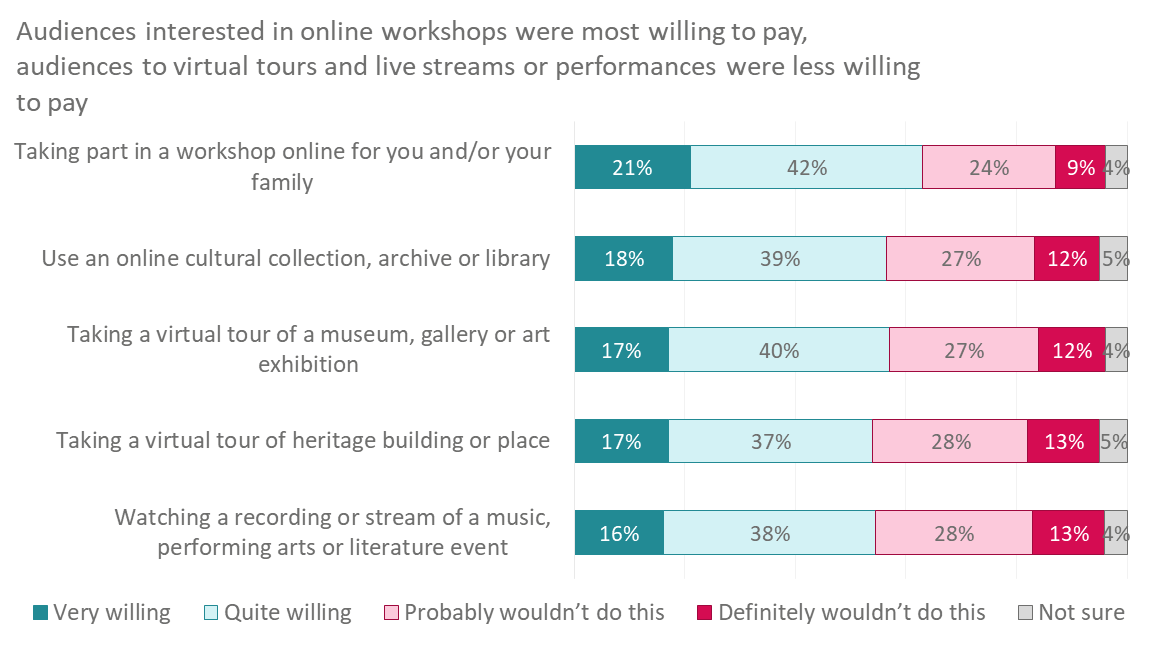 Belief in public support for the arts

Those who had booked or were interested in online activities in the next two months were more likely to believe that cultural organisations deserve the support of members of the public (88% compared with 83% of those with no future plans). 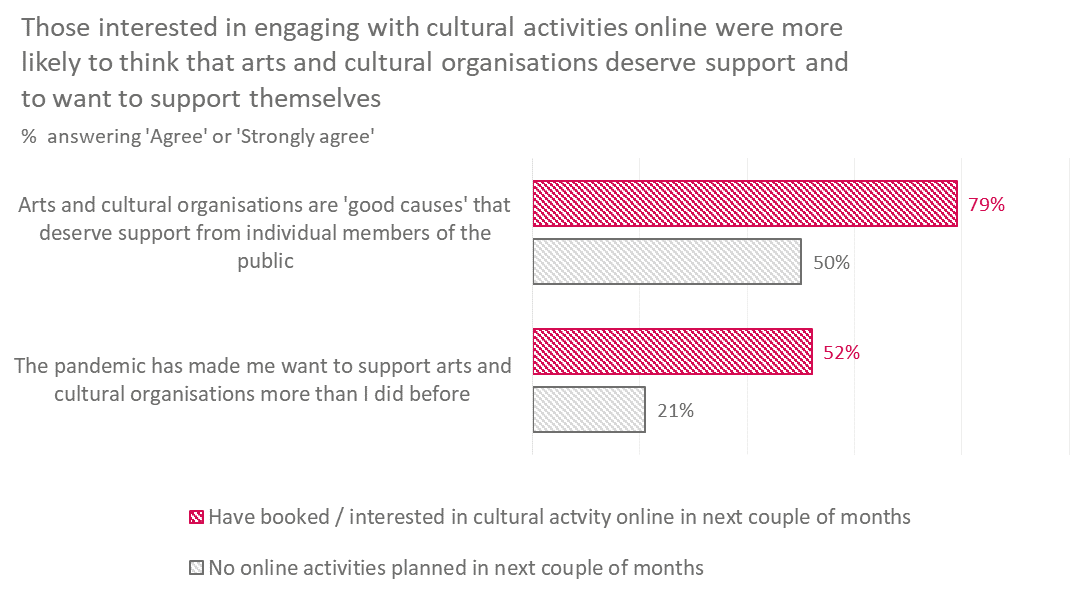