This brief summary shows an overview of Audience Finder sales data over the last five financial years (2015/16 to 2019/20).

Who is this based on?

This is useful because it also means that any data that they think shouldn’t be used for reporting has been excluded (this could be for tickets they sell for other organisations, or for non-ticket sales, such as car parking, restaurant and café sales, for example). As a result, we can be confident that any changes in the overall figures are strictly because of changes to relevant ticket sales.

This cohort contains good coverage of Arts Council England National Portfolio Organisations (NPOs), with 160 of them included. Since participation in Audience Finder – where possible – is a condition of funding for NPOs, we can be confident that this gives good coverage of these key, publicly-funded organisations. The similar number of non-NPOs included also shows that this group covers much of the wider sector as well.

What does it tell us?

Back to the Evidence Hub

*When noting the gradually rising cost of tickets, we’ve also factored in the Retail Price Index for each of the past five years (based on the September of each financial year, from the Office of National Statistics, series MM23). Including this ‘real’, rather than ‘nominal’, comparison lets us see whether ticket prices have risen as overall prices have risen (and therefore only appear to have gone up because a pound is effectively worth less than it was), or whether it is ‘really’ more expensive. 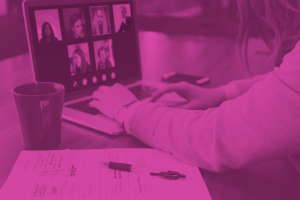