Snapshot | Where do Live Literature audiences come from? 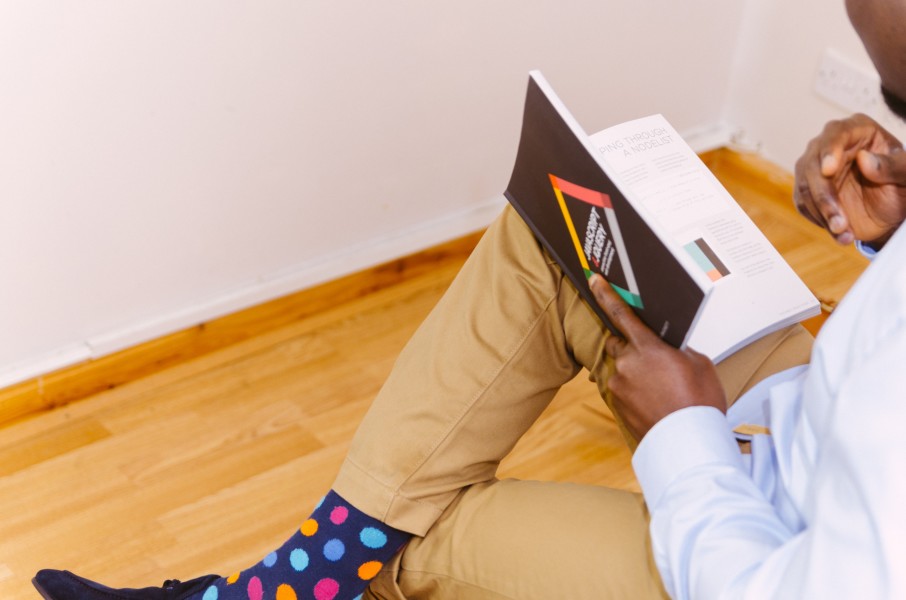 London and the South West are the regions with the highest proportion of the population who attend events to do with books or writing each year - good news for Exeter, which has recently been proclaimed a UNESCO City of Literature (joining Edinburgh, Manchester, Norwich and Nottingham). Below average proportions attend these types of event in the three northern regions. 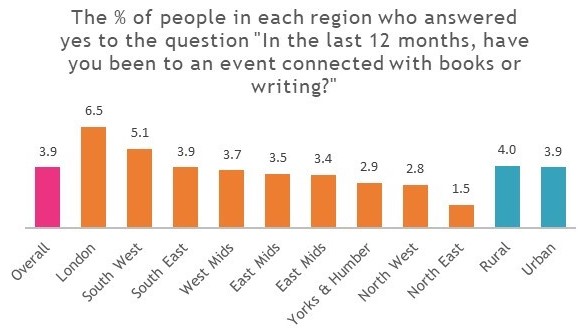 We do know that there's higher engagement in live literature in more affluent areas, especially for Literary Talks from analysis of Audience Finder data by O'Brien, Taylor and Hanriquet. There are lots of other interesting details tucked away in that article too. Interestingly though, the Taking Part figures show little difference between attendance levels in rural and urban areas (unlike some other artforms).
We can also see useful differences by comparing the Audience Spectrum types of Live Literature events attenders. Audience Spectrum, The Audience Agency's audience profiling model, is an excellent tool for understanding how and why different audience groups' engagement habits may vary. Most of the UK’s Metroculturals, for example, live in London or other major cities, so benefit from a high proportion of nearby cultural opportunities. At the same time, though, these hyper-cultured Metroculturals are also more likely than other groups to travel further afield, given the right offer, with 1 in 5 journeying more than 50 minutes from home to an event. The similarly local and urbanite, though typically younger and more diverse, Experience Seekers, on the other hand, don't tend to travel such long distances. 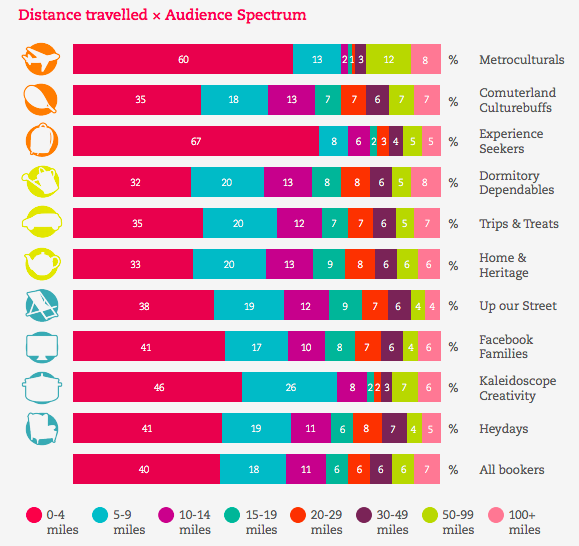 On average, 81% of Live Literature bookers attend an event in the
region in which they live. Whilst this number does vary across
the country, the percentage of audiences attending events in their
home region is higher than is typical for other artforms. 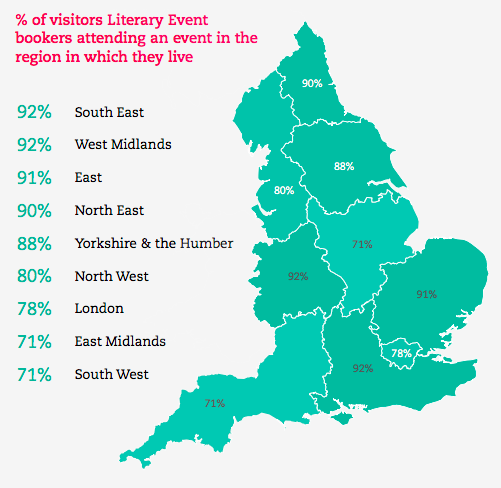 Given that, at a regional level, Live Literature attenders tend to stay relatively close to home, it's interesting to dig a little deeper into this idea of literary localness. At Local Authority level, 40% of all bookings were for events in the booker's home Local Authority, although this varies considerably by audience profile and the type of literature event they are attending. 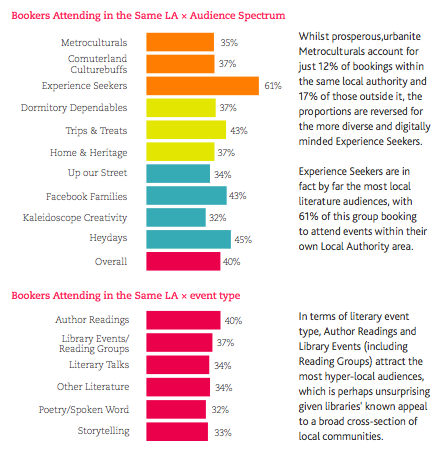 Remember that you can use Audience Finder to compare the profile of your local and non-local audiences. If you're keen to dig a little deeper, our Drive Time and Distance Report can help you define what ‘local’ means for you and better understand your catchment area.

Check out our new Drive Time and Distance Report

Look out for the full Audiences for Live Literature Report - coming soon!

Remember that you can use Audience Finder to compare the profile of your local and non-local audiences. If you're keen to dig a little deeper, our Drive Time and Distance Report can help you define what ‘local’ means for you and better understand your catchment area.

Check out our new Drive Time and Distance Report