In partnership with Creative Scotland, The Audience Agency has conducted a 'temperature taking' survey of organisations across the nation and their audiences' attitudes to returning to culture post-COVID.

The Scottish Intentions survey offers a nationwide view of audience behaviours and attitudes both during and beyond the COVID-19 pandemic. Creative Scotland is keen to understand the crisis' implications for programming, audience return, artform preferences and venue viability across the country. These findings give a representative snapshot of previously regular attendees across a select group of organisations, producing companies and venues.

These core audiences answered a variety of questions around the following areas of concern:

Key findings from the Survey

From the range of mitigations listed, there were five main groups:

Thus, whilst some measures were clearly more important than others, a case could be made for almost all of them as benefitting potential attendance.

Download and explore the Scottish Intentions Survey in full

"Half of respondents said that they were likely to attend about the same amount in future as they ever had, with a substantial 26% ‘not sure’ whether they’d attend the same amount, or more, or less: reflecting the widespread lack of certainty at the moment. The remaining 25% were three times as likely to say they would attend ‘less’ than ‘more’ (19% vs. 6%), implying a moderate ongoing contraction to average audience frequency." 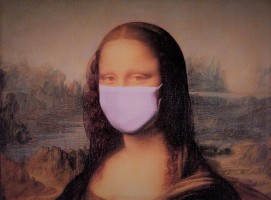 Our UK-wide evidence and insights are compiled around the belief that audiences should be at the heart of any solution.