Although general willingness to attend in person arts and culture is up, the vulnerability gap seems to be widening.

Older people and those with disabilities or long term health conditions remain the most cautious about 'getting back to normal', while under-25 year-olds are leading the return charge.

Almost half of people say that they are worse off now than they were pre-pandemic, and 81% are worried about the effects of the cost-of-living crisis on themselves and their households.

Concerningly, the Audience Spectrum groups who returned disproportionately strongly to in-person arts attendance over the past year, are now the ones saying that they expect their leisure spend to be hit the most by the cost-of-living crisis.

Impact of the Cost-of-Living Crisis

Findings from the Cultural Participation Monitor paint a predictably concerning picture of how people expect the cost-of-living crisis to affect their in-person cultural attendance. 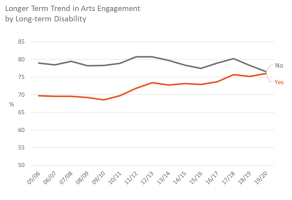 Considering how the pandemic has changed the way that disabled audiences intend to engage in the future. 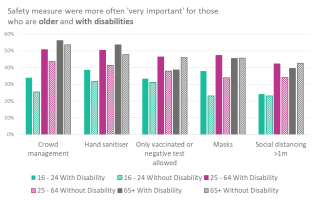 Feelings of societally imposed restriction are old news for audiences with disabilities, which is perhaps partly why they have been so ready to embrace culture differently through COVID.

Re-opening for every kind of audience

Arts Council England has stated that “a good opening is an inclusive reopening” and The Audience Agency very much agrees. 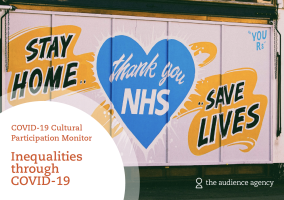 Looking at Cultural Participation Monitor data to see who is more negatively impacted and how that relates to, or exacerbates, previously existing and ongoing inequalities in audiences.